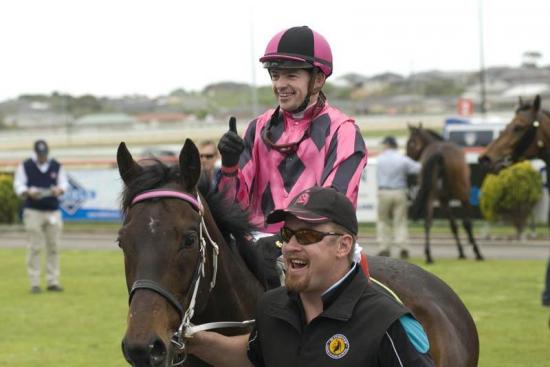 The lightly-raced stayer had won over 1525 and 2000 metres on his home track but had not raced over further than 2015 metres in his eight starts before his Warrnambool assignment.

However, a lovely ride from Dean Yendall ensured Severn Road saw out the new distance easily,

Yendall put Severn Road in the perfect position behind the leaders, with a moderate tempo playing into the jockey’s hands for the first mile of the event.

Severn Road rolled into the race easily as the field rounded the home turn. The son of Al Maher accelerated brilliantly to beat off his opposition with 100 metres to travel.

Yendall gave Severn Road an easy time in the final 50 metres but the gelding still had a comfortable three-quarters of a length margin to spare on his opposition at the finish.

Severn Road earned $10,500 winner’s cheque for his latest success, which took his earnings to more than $36,000 from his nine runs.

Click here to see how Severn Road disposed of his opposition at Warrnambool.