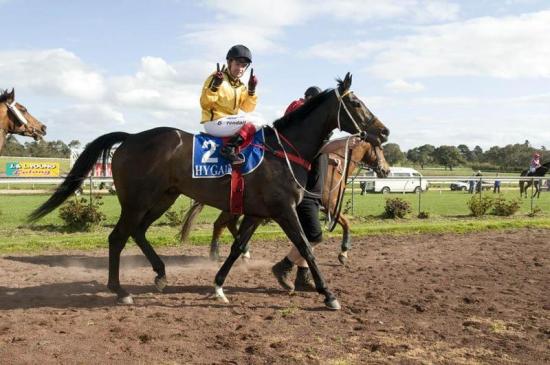 Edwards Elkington Racing stalwart Bioko continued on his winning way when he posted his second successive victory in the Centrebet Rating 62 Handicap (2200m) at Hamilton.

Bioko returned to winning form with a victory at Swan Hill on September 23 when reuniting with jockey Dean Yendall after a three-year separation before the pair combined again at Hamilton.

The eight-year-old drew perfectly in barrier two for his latest assignment. Bioko jumped well but Yendall let him find his own settling position midfield in the early stages.

The leaders presented the pair with a problem when the pace slowed markedly in the middle stages.

Bioko ended up back with two runners behind him while others shuffled spots around him at the 1000 metres but still travelled comfortably, poised to make his run when asked.

Yendall took Bioko wide to improve into the race from the 800 metres.

Bioko worked through his gears to be within striking distance of the front-runners on the home turn before hitting his top with 300 metres to run.

The 67-start veteran knew where the post was, hitting the line hard to post the seventh victory of his terrific career by a neck.

Bioko’s win in the $15,000 event was the third time in his career that the son of Jungle Pocket had completed back-to-back win and he also prevailed over 2200 metres for the first time.

Click here for a replay of Bioko’s terrific win at Hamilton.