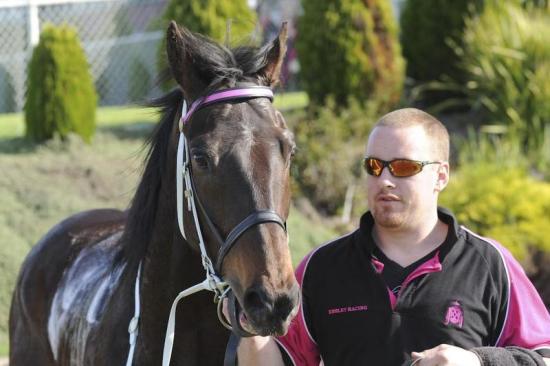 Severn Road stamped himself as a terrific staying prospect for Edwards Elkington Racing when he led home a quinella for the stable in the Lancer Beverage Systems Handicap (2000m) at the Geelong Synthetic track.

The son of Al Maher won his maiden on the Geelong turf track in December last year battling slightly over shorter trips in two runs before a five-week freshen.

Severn Road showed he had returned in good order from his let-up with his desperately unlucky effort at Echuca on August 20 at the start prior to his Geelong win.

“I had two runners in the race the other day at Seymour and he was really unlucky,” Jamie Edwards, who trains Severn Road in partnership with Bruce Elkington, said. “He should have won, I thought, so we put him in here for his first time at 2000 metres.”

Longshot Third Screen went quickly early, opening a big lead, while stable apprentice Josh Cartwright resisted the temptation to match motors with the front-runner. Cartwright positioned his mount in second spot for the first 1400 metres before gently persuading him to improve alongside Edwards Elkngton’s other runner, the veteran Bioko.

Severn Road assumed control of the race, pinching a break on Bioko, early in the straight before attacking the line strongly to score by 1-3/4 lengths over his stablemate.

“I thought the kid (Cartwright) used his brains not to take after the leader,” Edwards said. “He’s a young boy, a 3kg claimer, and a lot of kids would have chased the leader so I thought it was pretty good of Josh to do that.

“It looks like he can stay, which is promising.”