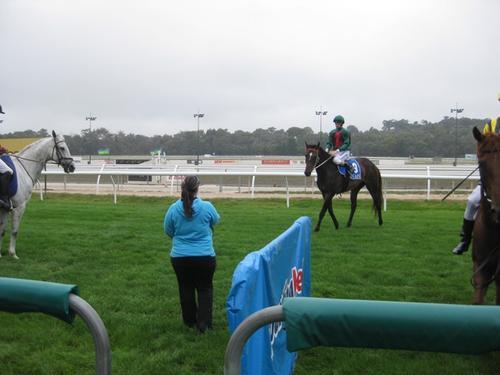 A great first up run saw Sertorius Victorious at only his 2nd race start in the "Mitchell shire 3YO Maiden Plate"  on Cup day at Kilmore. He showed  the promise that Jamie always knew he had when he won in the 2nd race on the programme on Sunday over 1200m.

After flying the gates from the widest barrier the 3YO son of Galileo out of the impressive race mare Pretty Penny crossed the field to sit outside of the heavily backed favorite catagious to be running second.

They rolled along at a very solid tempo and when they straightened he put the pressure on the leader, courageously took charge like his namesake "Quintus Sertorius"  a Roman General, and drew away for a very strong win and in very slick time