Faveaux and Final Stretch a winning Double for partnership 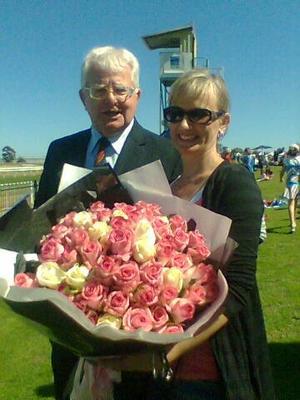 Faveaux the $21 surprise winner of a feature race, the $17500 Wilander @ Lindsay Park Stud Rosebowl(1312m) for fillies and mares.

Faveaux, a four-year old mare by Lindsay Park stallion Good Journey was having a first-up run and was not expected to win.

However, jockey Ryan Maloney said she was always travel ling smoothly and sprinted beautifully in the home straight.

Edwards said Faveaux had worked beautifully during the week but she was being prepared for a 2000m race and didn't think she could win. "She ran some good placings over shorter distances at Geelong last campaign but once we stepped her up to 2000m she won.Final Stretch's win in the Centrebet Class 1 Hcp(1512m) completed a winning double for Edwards /Elkington racing and jockey Ryan Maloney.

Edwards said Final Stretch was a promising four-year old mare who had taken the difficult step of winning a Class 1 event immediately following her maiden success at Hamilton.

Final Stretch had been a fairly expensive yearling purchase and was formerly trained by Rick hor-Lacy but had suffered a tendon injury so had benefited from the facilities at our Lara Stables.

"She is a serious pedigree horse by Canny Lad and she could just make the grade". Edwards said