Severn on the road to Banjo Patterson 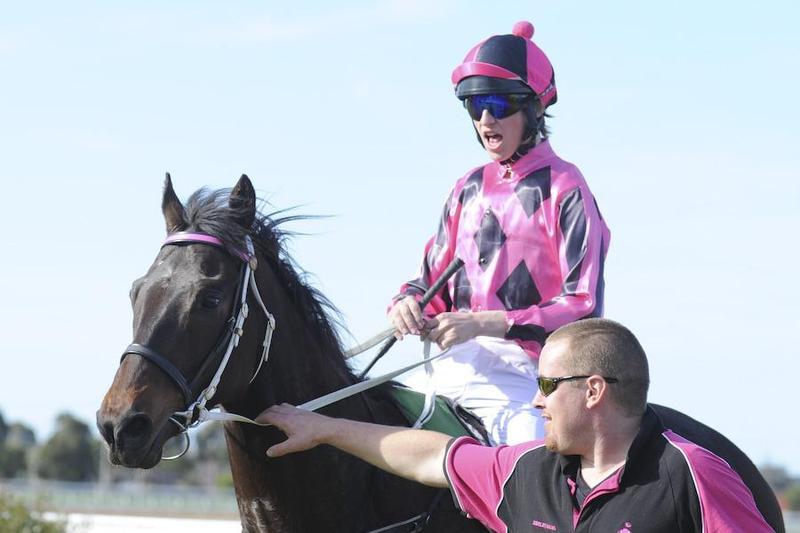 The Edwards-Elkington stable has the important Banjo Paterson Series as a goal for emerging stayer Severn Road, who posted his biggest success in the Willaura Cup at Ararat on April 28.
The Al Maher four-year-old made it four wins from 15 starts in the 2000-metre event when he ran on from worse than midfield to score in runaway fashion by 2-1/4 lengths.
Jamie Edwards said that Severn Road had always shown staying promise and he is confident he will run a strong 2400 metres, and possibly even further.
“He looks like he might be a Banjo Paterson type of horse, Jamie said.
“He is a progressive young stayer who handles all sorts of ground and he will run a mile and a half on his ear.
Jamie said Severn Road’s pedigree also suggested he would get better with age.
“The Al Mahers tend to come into their own at four or five,” he said.
The Banjo Paterson Series comprises seven heats on city tracks culminating in a $102,000 Final over 2600 metres at Flemington July 6. The first heat is at Flemington on May 18.
Any success in the series would be fortuitous for Jamie and his wife Janet, who owns the Al Maher gelding.
He was originally bought for $55,000 at the Melbourne Premier Sale on behalf of an Asian client who decided against making the purchase.
“He (Severn Road) is such a nice horse we decided to keep him and it is looking like a good move,” Jamie said.
Severn Road’s Ararat win took his earnings to $53,545. His other successes were at Geelong (twice) and Warrnambool.
The gelding’s latest victory was the 22nd this season for the stable.