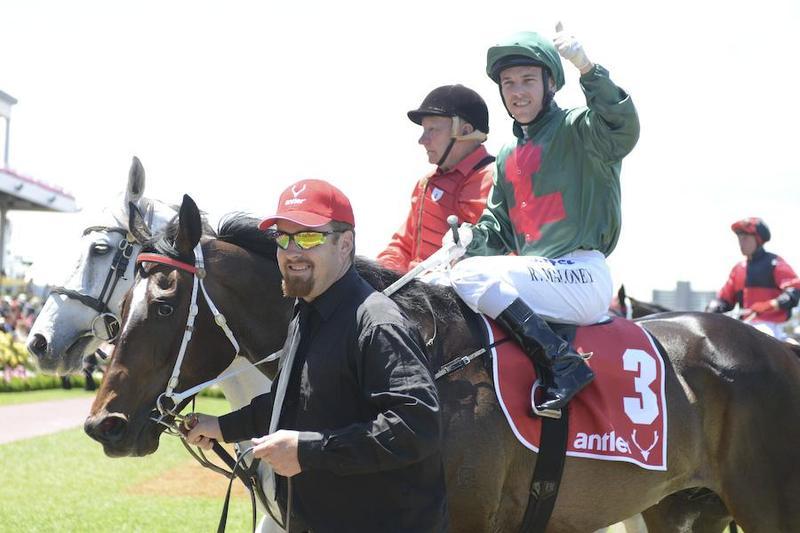 Claiming the $100,000 Antler Luggage Handicap (2000m) was never going to be easy. Sertorius had to step up in distance, jump from a wide barrier and then defy a carnival-long trend to claim victory.

"No horse had led and won (a race) over the entire carnival. The fence was off, but there was no speed in the race," Edwards said. "He's just a bloody ripper. He isnt the easiest horse to train, but he does everything you ask of him.  He ran quicker than the Matriarch Stakes and carried 58.5kg. I couldnt be happier with how he went.

He's probably a really good advertisement and testament to the stable.

Everyone thinks you need to have your horse trained in the city to win big races, but he shows if you wanrt to give the country guys a go then we can repay your trust.."

Sertorius ($3.30) cruised to a 1 1/2 length win ahead of the well-backed New South Wales invader Hoylonny.

Edwards said the Ballarat Cup in a fortnight would be his gallopers next mission before a well-earned break in the paddock.

"He pulled up really well. Looking at him, he will get another run and that will be the Ballarat Cup," Edwards said. "Ive got no queries about him getting the extra distance of the Ballarat Cup. His last 100 metres on Saturday was his best.

"Even after the winning post he kept running. It took a while for (jockey) Ryan Maloney to pull him up.