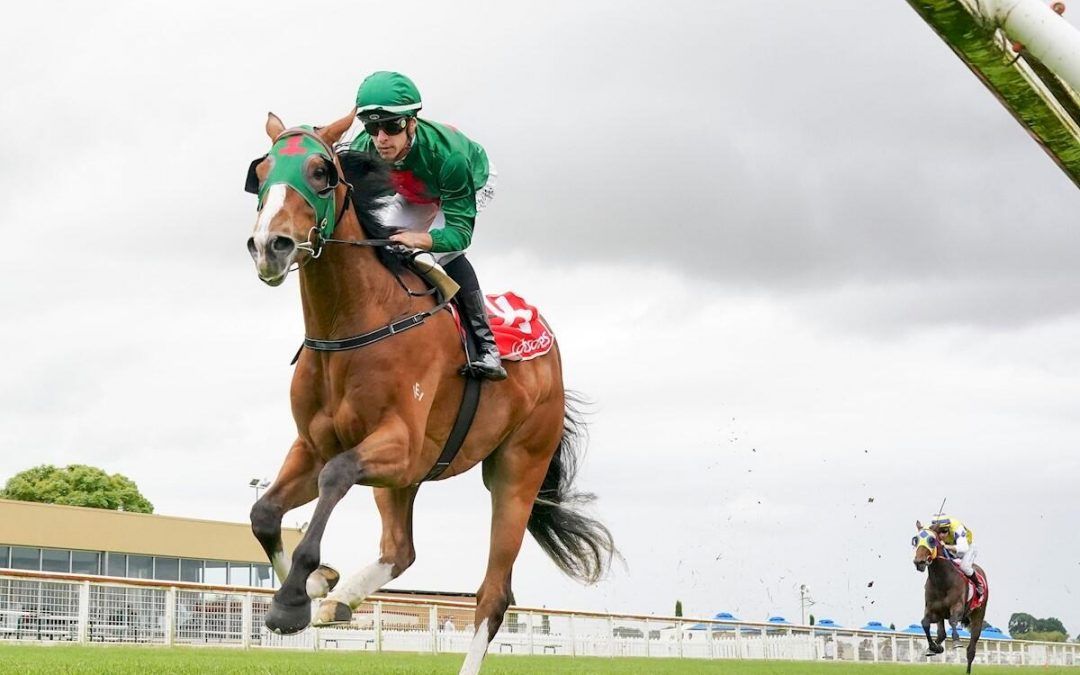 Lightly raced gelding Miletus emerged as a potential Derby prospect after posting one of the easiest wins in memory for Emsley Lodge at Sale on Sunday.

At only his fourth start and at his first attempt beyond 2000m, the Jamie Edwards-trained three-year-old led all the way under in-form jockey Jordan Childs to win easing down by seven lengths the Ritchies IGA Maiden Plate (2226m).

Jamie said he’d always held an opinion of the son of Olympic Glory but admitted that even he was impressed with the ease of his victory.

The Freshwater Creek horseman said Miletus could head to the Listed Tasmanian Derby (2200m) on February 5 before connections decide whether the Group One South Australian Derby (2500m) later in the season is a realistic aim.

“He looks like a proper stayer, doesn’t he,” Edwards said.

“To come here today – 11 furlongs for a three-year-old having his fourth start in a race is hard to do – and to be that dominant, it’s great.

“I don’t know what we do know but it might be worthwhile to look at the SA Derby, or even the Tassie Derby in a month might be his go.

“We’ll take him home and give him a kiss and cuddle first.”

The stable won the 2007 SA Derby with Lazer Sharp.

Miletus is by three-time Group One winner Olympic Glory and the fifth foal from Mike Palmer’s dual city-placed mare Moorunda Lass who won her maiden at Kyneton by five lengths.

Notably, Miletus’ half-brother Macrobius was the first winner Mike bred and after winning his Geelong race debut, Macrobius became a city winner, finishing with eight career wins and more than $200,000 in prizemoney.

“Macrobius was a very handy horse and Miletus is shaping up as an exciting young stayer,” Jamie said.