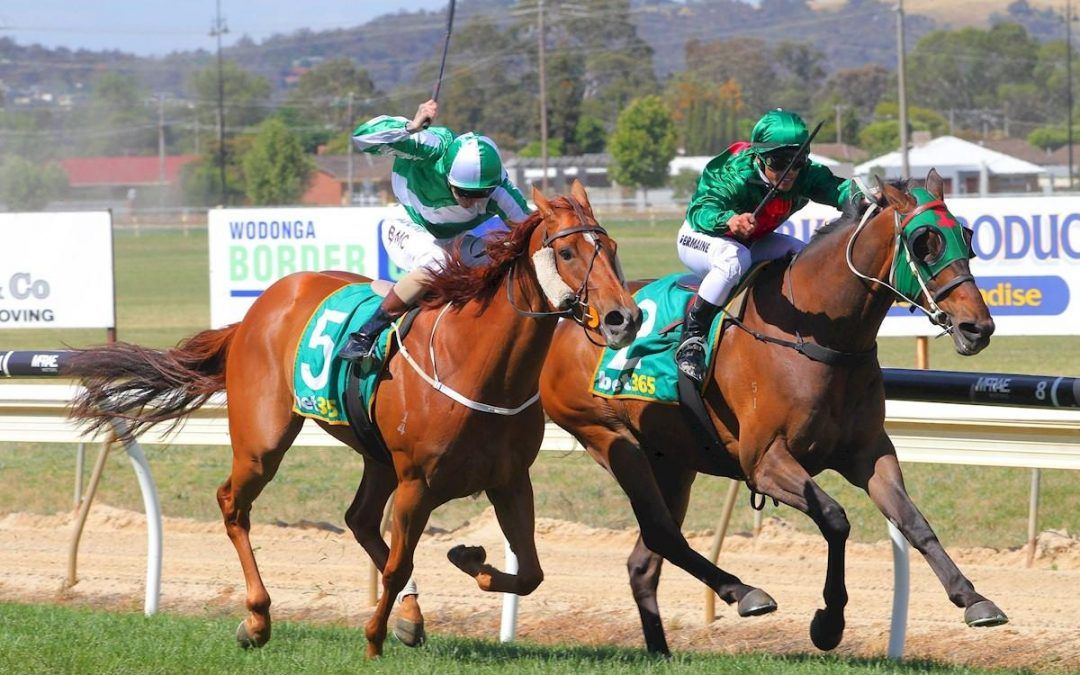 The seven-year-old made the pace in the Premier Building Company BM64 Hcp (1590m) but gave his backers a scare when he gave up the lead passing the 400 metres.

Trent admitted he was surprised when Circulate headed Macrobius but said the gelding was always travelling well.

“I thought I had most of them off the bit, but I probably waited a bit too long,” Trent said.

With a full head of steam, Circulate straightened up nearly a length in front but Macrobius responded to Trent’s urgings.

“Every time I put one around his back-side I felt him pick up,” Trent said.

“I was confident he would stick his head out because that is the sort of horse he is.”

The official margin of a half head gave Macrobius his seventh career win.

“To his credit, Trent didn’t panic and he kept the horse balanced so he could finish off,” Jamie said.

“He’s two from two now after he won on him earlier in the spring on the synthetic track at Geelong.”

A synthetic track specialist, Macrobius has only won twice won on grass tracks, his other victory being at his race debut at Geelong in December four years ago.

With the synthetic racing in recess, Jamie has reinvented stayer as a miler and added blinkers to his gear.

The result was encouraging last start when he stuck on well after a tough run to finish fifth at Moonee Valley over 1600m and back in class from BM70 to BM64 class he started $3.30 favourite at Wodonga.

“The blinkers have really helped him, and he was always going to be hard to beat down in grade,” Jamie said.