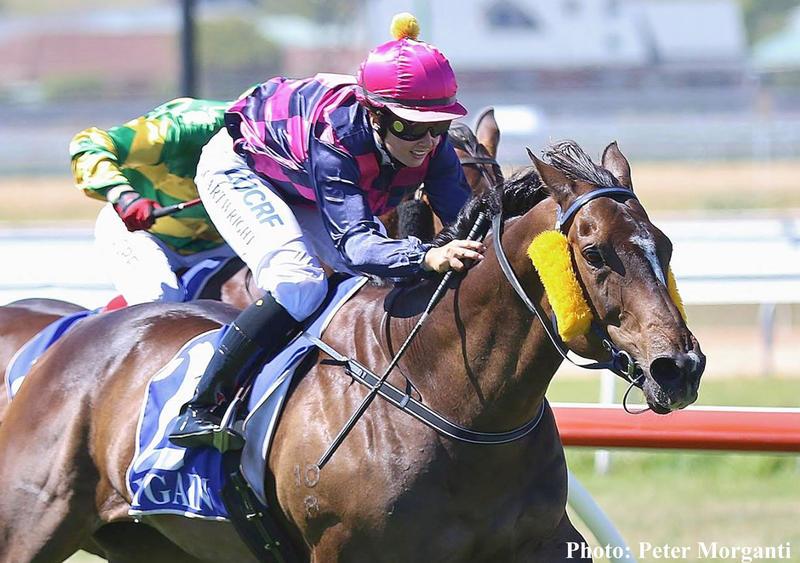 STABLE apprentice Georgie Cartwright has wasted no time riding her first winner on long-shot Rose of Texas just a week after launching her career in the saddle.

Georgie, 22, was having only her sixth race ride when she gave the Alan Hunter-trained gelding the perfect run to land Sunday’s Michael Lucas Accounting BM64 Hcp (1400m) at Warrnambool.

Rose of Texas officially started at $41 and he knocked most punters out of the quaddie paying a massive $63.10 on SuperTAB.

Social media lit up after the popular apprentice crossed the line.

“Thanks everyone for your kind messages and calls,” Georgie wrote.

“I'll get back to you all eventually. Just thrilled to ride my first winner. Thanks for everyone's support along the way!”

Georgie set out to be an accountant but quit her job as a number-cruncher after having stint riding trackwork, and in May last year joined Emsley Lodge where her younger brother Josh had been apprenticed.

Ironically the first race she won was named after an accounting business.

Georgie’s first ride was at Bendigo last Sunday where she finished fourth on Canali.

Her first place-getter was $14 chance Hook Me Up who was beaten a length into third place in the fifth race at Warrnambool, immediately preceding her ride on Rose of Texas, who she regularly rides trackwork.

Georgie was confident Rose of Texas would run well after he was very unlucky at his previous start when he got caught behind a tiring horse first-up at Moonee Valley.

“I certainly thought he had a chance and he just gave me a peach of a ride,” Georgie said.

Georgie settled Rose of Texas in fourth place, one-out and one-back, and peeled out three-wide on the home turn to make a run at the leaders.

Balanced up in the home straight Rose of Texas responded well to Georgie’s urgings, taking the lead 150 metres out and going on to score by nearly a length from Our Bottino in the 15-horse field.

“I only had my first ride last week so I was pretty happy to get it done for Alan Hunter," Georgie said.

Hunter was thrilled to have provided Cartwright with her first winner.

“She’s done 99 per cent of the trackwork this campaign and she deserves the reward," Hunter said.