Gael storms to victory at Cranbourne 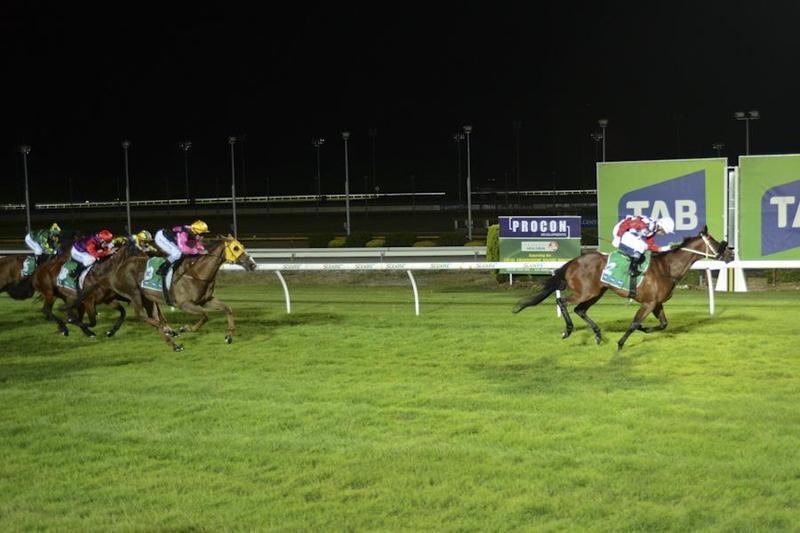 Consistent mare Gaelstorm took another significant step towards fulfilling her potential with her dominant win in the Procon Developments Handicap (1200m) at Cranbourne.

Gaelstorm has proven a source of slight frustration for training partners Jamie Edwards and Bruce Elkington as she displayed abundant talent but failed to turn her ability into wins in the early part of her career.

The daughter of Bel Esprit took 15 starts to break her maiden at Warrnambool but notched her win in four outings in terrific fashion at Cranbourne.

Well-travelled jockey Noel Callow has the task of getting Gaelstorm home in the $15,000 event. Callow used barrier two to park Gaelstorm on the back of the speed to give her as easy a run as possible with her 60 kg handicap.

Gaelstorm sprinted brilliantly when Callow produced her at the top of the straight before the five-year-old scored by almost three lengths to justify the trip from Geelong to Cranbourne on a Saturday night.

“That was how we wanted her ridden, to get there late,” Edwards said. “She’s had 17 starts and that is her second win. She’s a bit of a non-winner so we are going to really take it slow with her and teach her to win.

“She’s a work in progress. She has got a heap of ability but she hits the front and pulls up so we threw a shadow roll on her tonight to try something a little bit different.

“She’s got a ton of ability but it’s just a matter of winning enough races with her now.

Gaelstorm’s success was also a family affair as Elkington trained her dam Blow before combining with Edwards to begin their enormously successful partnership.