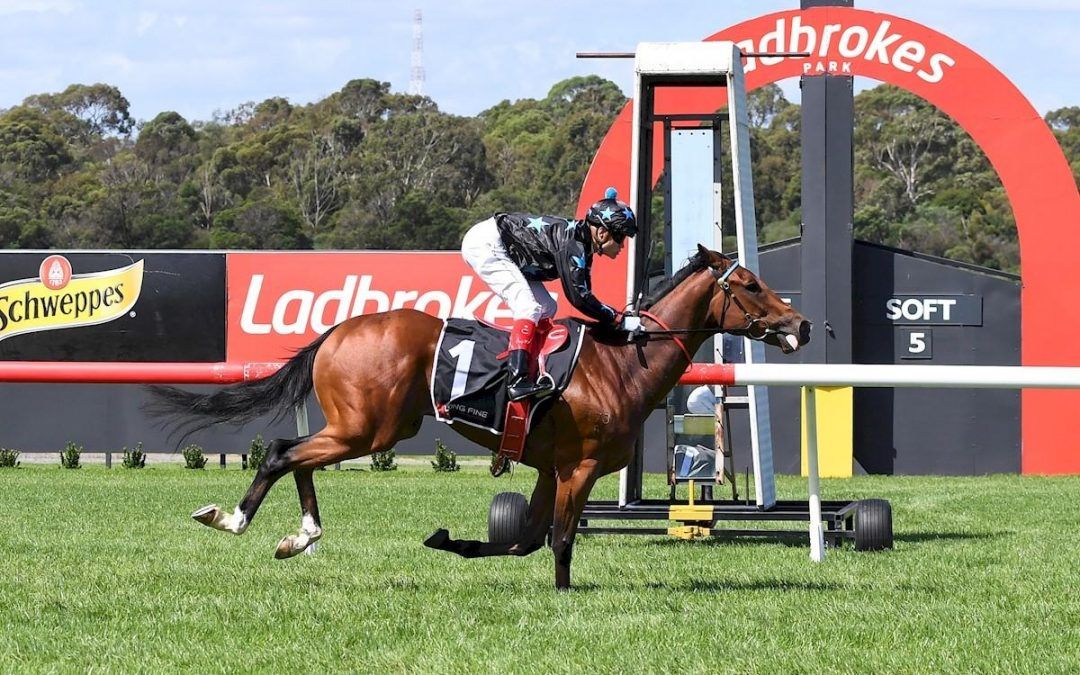 Owner Rohit Saini celebrated his second winner in less than a week with Emsley Lodge runners when Dune Field thumped his rivals in the Long Fine Maiden (1300m) at Sandown on Wednesday.

Only four days ago Rohit’s speedy three-year-old Mr Moheed won his maiden at Yarra Valley but Dune Field is his first-ever city winner.

The Shamexpress gelding had placed at two of his three starts for another trainer in his first campaign last spring and has impressed since arriving at Emsley Lodge.

“He had absolutely no luck first up for us at Sandown earlier this month,” Jamie said.

“He got three pairs back the fence and never saw daylight but I was pretty happy today when I saw him outside the leader after 100 metres. I thought he would be pretty hard to beat from there.”

Ridden by Craig Williams, Dune Field early in the home straight took the lead under hands and heels riding and after two slaps of the whip between the 200m and 100m surged away to win by 2-3/4 lengths.

Leader Whittington Stone held on to finish second, a length ahead of Galgani with best of the rest five lengths away.

“Rohit has had good hopes for Dune Field since buying him at online auction after watching him trial and the first time I galloped him at home I knew straight away he was a city horse,” Jamie said.

“We have to manage him a bit but I think he has a pretty good future.

“He’ll get further and will probably be a miler.”

Rohit’s is relatively new to racehorse ownership and bought his first horse a couple of years ago.

Dune Field is his third winner with Emsley Lodge after Benatari won at Horsham in May last year and Mr Mofeed’s success.