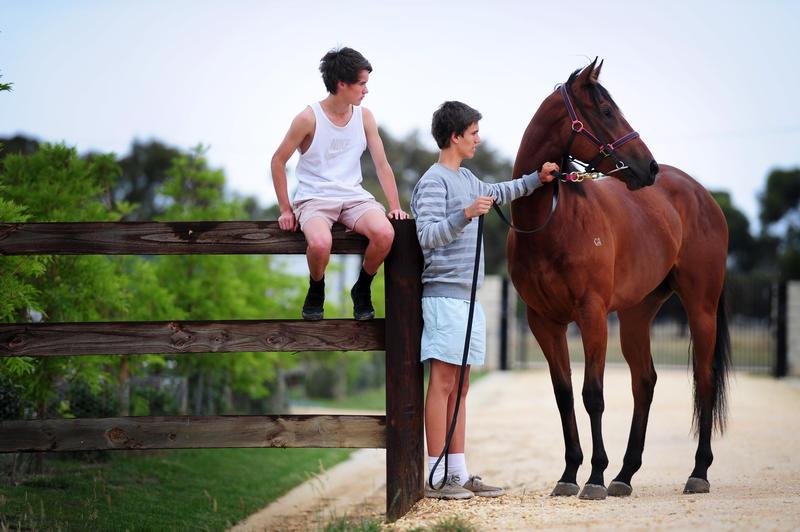 Freshwater Creek trainer Jamie Edwards only needs to look at first starter Dashahoy to realise he has cemented himself in Geelong's racing industry.

The three-year old filly will make her debut in the Wilsons Real Estate Maiden Plate (1200m) at Geelong Synthetic today, but the run has extra significance for Edwards and breeders Peter Sandars and Jim Mann.

"A few years ago, I was a bit disillusioned with Geelong," Edwards said. "We had the first synthetic track and a lot of the horses were breaking down and a lot of the owners were leaving because they didn't want their horses trained on the track. So I bit the bullet and (built) my own training complex."

"Peter Sandars and Jim Mann were willing to back me, so the three of us pooled our resources and built Emsley Lodge."

Since the move Edwards and partner Bruce Elkington have established themselves as one of the region's premier training partnerships.

Sandars and Mann bred their mare Pinsahoy – one of the first mares the training partnership trained – with stallion Dash For Cash to get Dashahoy.

"This is the first horse they bred that is going to the races," Edwards said.

"She'll be competitive on Boxing Day. It would be a fantastic moment for the boys and everyone at Emsley Lodge if she managed to win."

Edwards and Elkington will saddle up three other runners for today's meet.

Pictured: Darby and James Edwards look after their maiden Dashahoy for their father Jamie.