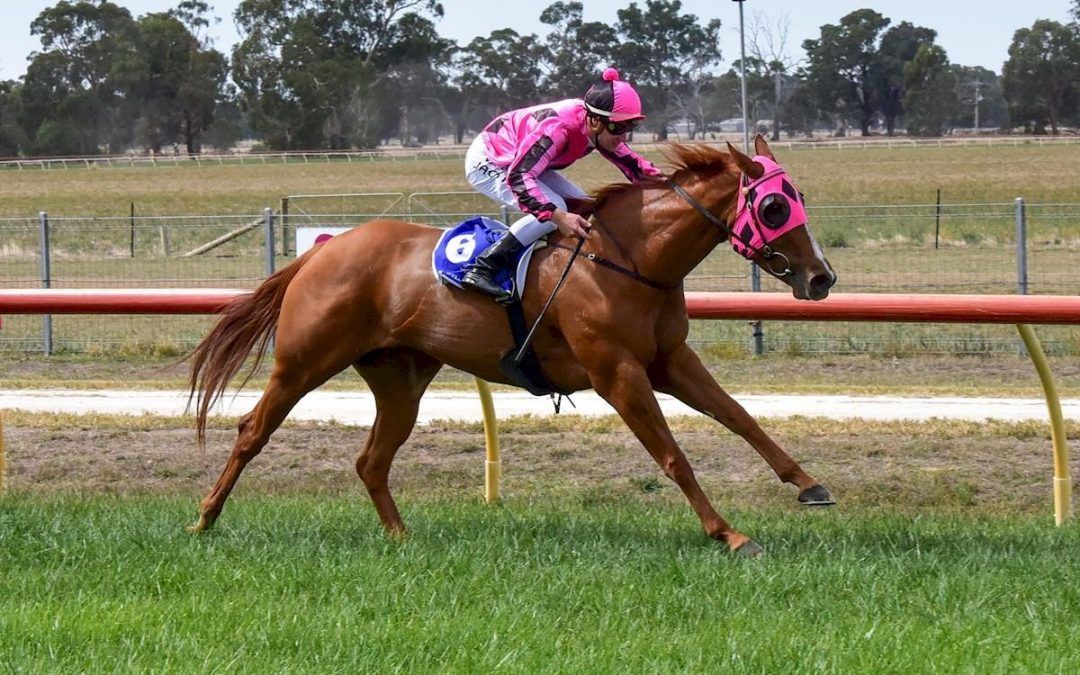 Emsley Lodge came away from Avoca on Saturday with a perfect record after Honey Magic won the Revolution Print 0-58 Hcp (1300m).

The stable had two runners at the meeting and the six-year-old followed the success of the Mutannaseq earlier in the day.

“We went there with plenty of confidence and both horses were very good,” trainer Jamie Edwards.

Honey Magic buoyed Jamie’s confidence with her brilliant work on the undulating Emsley Lodge track during the week.

“When they work like she did they don’t often get beaten in that class,” Jamie said.

The race panned out as Jamie had hoped with Honey Magic, backed from $5 to $4.40, sitting outside the leader In Her Dreams, the $3.30 favourite.

At the top of the 200-metre home straight, jockey Jack Hill drove Honey Magic to the lead and she drew clear to score by 1-1/4 lengths from Golden Lance and Our Dexter.

“She’s been up a while but has held her form well,” Jamie said.

Honey Magic joined the stable late last year and after more than a year off the scene posted three seconds in a row Terang, Colac and Stawell.

In recent weeks he has had little luck and should have won at Naracoorte on February 9 when badly held up before being swamped late and finishing a close fourth at Edenhope two weeks ago.

Honey Magic was the 23rd winner for the stable which has a winning strike rate close to 15 per cent.