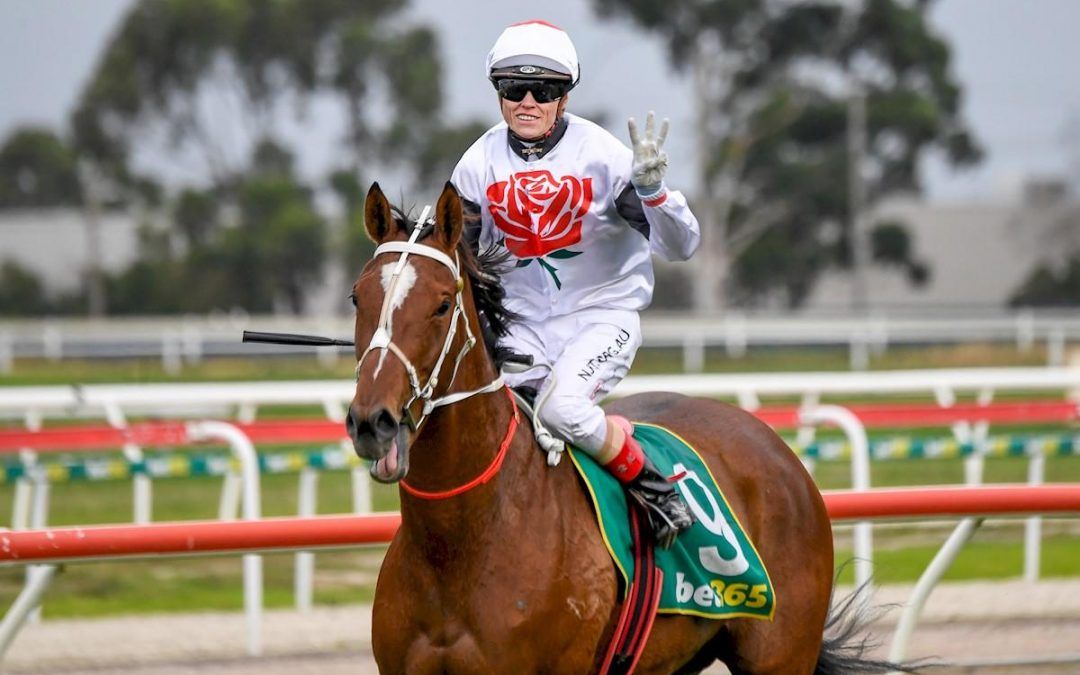 Trainer Jamie Edwards is confident that Fortune Rose is a city grade mare after a stylish win at Geelong on Wednesday.

Fortune Rose surprised punters second-up at $15 when she stormed home from third last at the top of the straight to score by a long neck from Eagle Ridge and Miss Leila in the Shojun Concrete BM64 Hcp (1300m).

Jamie said the four-year-old was prone to doing things wrong in her races but was getting better.

He lamented her first-up run last month when she was slow out and beaten four lengths at Sandown.

“We were upbeat about her that day after she had trialled quite brilliantly, but she bombed the start and was beaten about four lengths,” Jamie said.

He said he was encouraged that Craig Williams was keen to ride her again at Geelong after partnering her at Sandown.

Fortune Rose drifted back from barrier nine and made a wide run around the field, straightening up four lengths off the lead in the middle of the track.

While she didn’t hit the front until late, she had the leaders well covered with Craig riding her out hands and heels after putting away the whip away passing the 100m.

“Drawing the wide gate was probably a bit of a trick today where she could flow into the race when she wanted to,” Jamie said.

Fortune Rose won two of her six starts last campaign and her Geelong win was her fourth in 17 starts.

“She showed us plenty last preparation winning a couple of nice races and she shapes as genuine midweek city grade mare,” Jamie said.