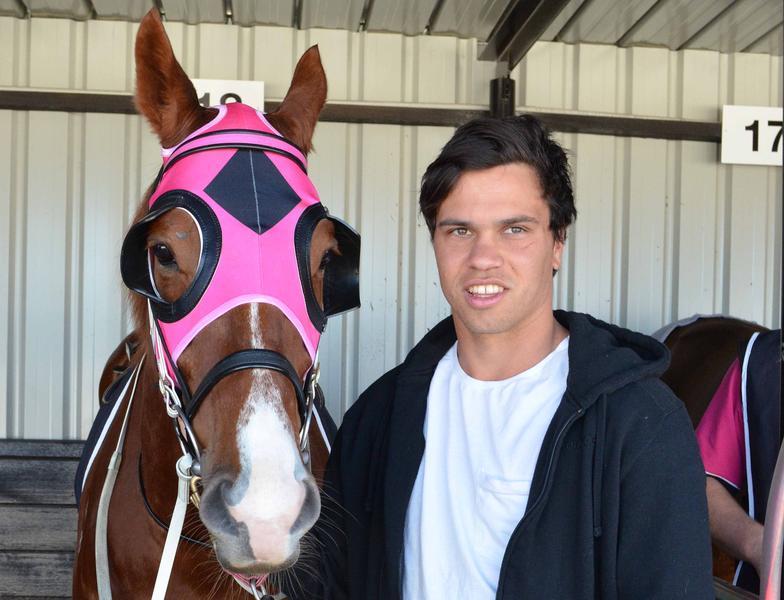 SUCCESS is following Geelong premiership midfielder Allen Christenson away from the football field with him celebrating his first winner as a racehorse owner at Geelong on July 9.

The 22-year-old is a partner in Empire Of Stone and was on track to see the four-year-old son of Starcraft, ridden by stable apprentice Josh Cartwright, lead all the way in the Geelong Cup Packages 23rd October Maiden Plate (1100m).

Allen, who played in Geelong’s 2011 premiership team and is a important part of the Cats success this year, is not just an stable client but also helps out when he is not required at Kardinia Park.

“Allen races a few horses and he has aspirations of being a trainer himself one day,” Jamie said.

“He often comes out to the farm and helps out, goes to trackwork and watches the trials.”

Empire Of Stone is Christensen’s first horse with the Edwards – Elkington stable.

He is also races three jumpers – Wacheem, Hempstead and Agoraphobic – who are all trained by Fran Houlahan and Brian Johnston.